“She is loved as if she lived.” 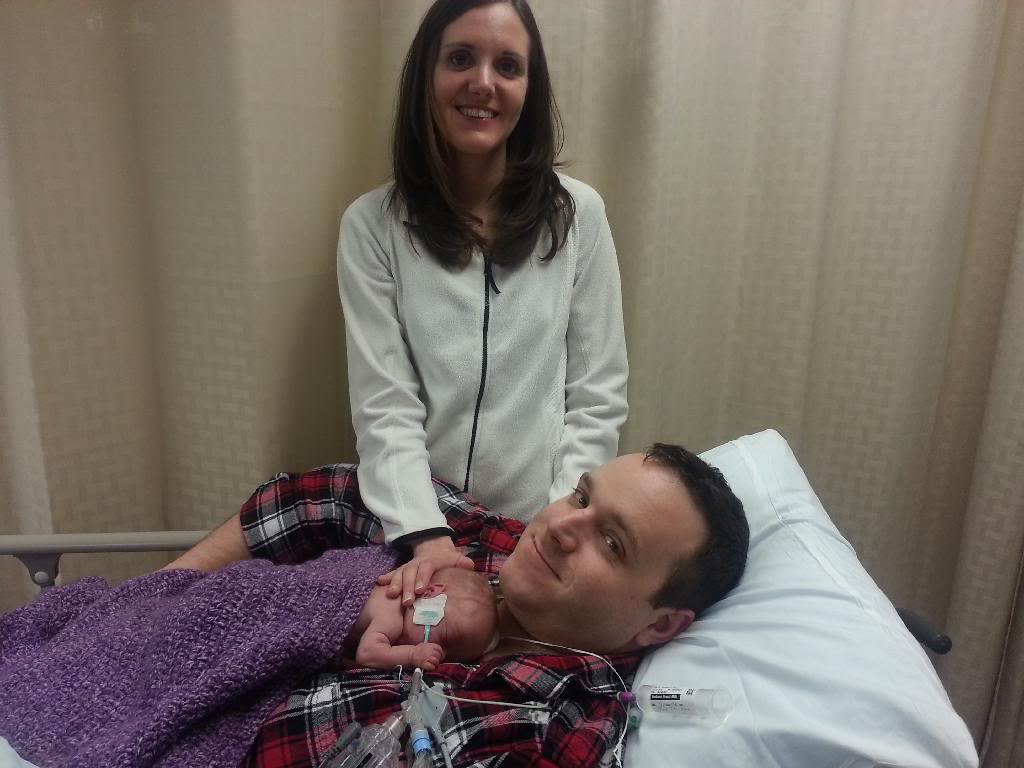 This is a quote our brother-in-law shared with us as we celebrated our daughter’s first birthday. This perfectly depicts how we love and celebrate every memory, holiday, and moment as if our daughter is still here with us.

My husband, Doug, and I were going on eight years of marriage and were used to being asked the question, “When are we going to have kids?” We were both unsure if we wanted kids and kept putting it off every year because we never felt ready or felt that we hadn’t accomplished what we wanted before starting a family. However, our plan to keep waiting for the perfect time was decided for us when we found out I was pregnant in August 2013. We were both shocked but excited to begin this new adventure.

The early weeks of pregnancy were uneventful with some mild morning sickness. We never thought anything would go wrong during pregnancy. My mom had three normal, healthy pregnancies and I thought I was invincible to anything bad happening to me. We had our 8 week ultrasound and the doctor said the baby was measuring about 2 weeks behind but it was not anything they were concerned about. They thought I probably ovulated later in my cycle and my due date was adjusted. This worried me at first but the doctors did not seem concerned so I just tried to enjoy pregnancy. The 12th week ultrasound went well and everything appeared fine. I entered into weeks 14, 15, 16 of pregnancy and I was becoming concerned that I was not showing. I expressed my concern to my doctor and she said it was my first pregnancy and I was just taking a while to show.

We had our anatomy scan at 18 weeks and we were nervous but excited to find out the gender. I didn’t fully understand the importance of this anatomy scan and was mostly concerned if the baby was going to be a girl or boy. The ultrasound took about an hour and the technician looked at all the anatomy and took many measurements of the baby. We found out we were having a girl and left the appointment feeling excited. However, the next morning the doctor called me and said our baby was measuring really small. I was in shock and did not fully understand everything the doctor had said so my husband called her back and she, again, mentioned the baby was measuring small and recommended we see maternal fetal medicine.

I saw MFM at 20 weeks where we received the devastating news that our baby girl was only measuring in the 1 percentile and was severely growth restricted. It appeared that my placenta was abnormally large and our daughter only had a 2 vessel cord instead of 3. The doctors strongly suggested that I undergo testing for exposures to certain viruses which could cause growth restriction, as well as our baby undergo testing for chromosomal abnormalities. I had my blood drawn to test me and to test the baby for the top 3 chromosomal abnormalities. We had to wait about 7 long days for the results but all the tests came back negative, which was really good news for us.

We had weekly ultrasounds in order to measure the baby’s growth and blood flow. Every week we would go into the appointment not knowing if our daughter was going to be alive or if this would be the day I would be admitted into the hospital for closer monitoring. We were told in order to save our daughter she would have to reach viability of 24 weeks and 500 grams. She made it past week 24 so the doctors recommended an amniocentesis, because to save our daughter, I would need a classical (vertical) C-section which can affect any future pregnancies. We needed to make sure our daughter did not have any chromosomal abnormalities, not tested for earlier, that would make it impossible for her to survive outside the womb. We decided to proceed with the amniocentesis and a week later received the good news that it was negative and nothing was wrong with our daughter.

I had made it to 26 weeks and at this appointment the doctors felt it was critical for me to be admitted into the hospital for round-the-clock monitoring. I received a steroid injection to help strengthen our baby’s lungs and was admitted into York Hospital on February 11, 2014. I was prepared to stay in the hospital for a few weeks where our baby would continue to grow and I would hopefully be able to make it to 30 weeks. However, that night I started to have contractions and the doctors decided to put me on a magnesium sulfate IV (an awful medicine that makes you feel extremely sick). The contractions stopped and I made it three more days before I was told that my blood pressure was rising and so were the proteins in my urine. I was also showing signs of elevated liver enzymes and a low blood platelet count. The doctors said I had preeclampsia and HELLP Syndrome and they would have to deliver via classical C-section right away in order to save our daughter and myself.

On February 15, 2014 our beautiful daughter, Audrey Grace, was born. She was only 1 lb. 2 ounces and 11.5 inches. She was born crying which was the only time we heard her precious voice. Audrey was immediately rushed into the NICU and was placed on a ventilator. When she became stable enough, our family was able to go in and visit her. I saw her later that night and was able to touch her little hand for the first time.

Audrey did well the first few days in the NICU but that was short lived and she had to be switched from a conventional ventilator to an oscillator. The oscillator is a type of ventilator that vibrates the oxygen at a very high pace. The NICU was an emotional roller coaster of good and bad days. Some days were filled with hope and dreaming of the day Audrey would come home and others were filled with fear and uncertainty.

I was pumping breast milk for Audrey and she tolerated feeds well and was slowly gaining weight and growing. However, her lungs were just not maturing, and as every day passed, she was not improving despite more steroid injections and multiple medicines. We then reached the point where the doctors felt they were running out of options to try and save her life. After about 6 weeks in the NICU, she was still on an oscillator and was not able to switch to a conventional ventilator. The oscillator has very rigid tubing making it almost impossible to hold your baby. The wonderful doctors, nurses, and respiratory therapists devised a plan to make it possible to hold Audrey. Either Doug or I would have to lie on a hospital bed and then a team of nurses and respiratory therapists would carefully move Audrey to our chest. We had to wait 6 weeks before we were able to hold her but it was well worth the wait. We held her every day her last week alive and our forever grateful to everyone in the NICU who made this possible.

On Saturday, April 11, 2014 our sweet little girl entered heaven. I cradled her in my arms (the first time I was ever able to hold her this way) as she took her last breath. It was the most terrifying experience of our lives and one we will never forget. In the hours after she passed, we felt at peace because we knew she was at peace and was in a better place. However, it really hit me like a ton of bricks later that night when I still had to pump and I no longer could call the NICU to see how Audrey was doing. This was just the beginning of a long, difficult journey in grieving our loss and finding our new “normal.”

Although our pregnancy, delivery, and the first two months of our daughter’s life were very far from ideal, we are extremely grateful for the chance to meet our daughter, hold and touch her, helping to feed and care for her, and watch her grow. We also met the most amazing people in the York NICU. Everyone from the doctors, nurses, respiratory therapists to the housekeeping staff, other parents, and support group members were extremely supportive and very helpful. These people are an integral part of our daughter’s life and story and will always hold a special place in our hearts.

Our sweet girl brought families together and introduced us to strangers who sent us cards and prayed for us. We were also blessed with being introduced to Sweet Grace Ministries and other families who are walking this same grief journey. This amazing support group is made up of the strongest parents I know and is very supporting in helping others cope with grief and finding their new “normal” after the loss of a child. It is also comforting to come together with other parents who are experiencing the same emotions and to realize we are not alone.

I think about our beautiful angel in heaven every single day and mother her from earth in order to keep her memory alive. Doug and I have a difficult time publically discussing our daughter so we parent her in our own special way with family and close friends. We will continue to celebrate her life and each milestone she would have reached. We truly believe God blessed us with her for a reason and we plan on continuing to love and celebrate her every day as if she were here with us because, “She is loved as if she lived!” 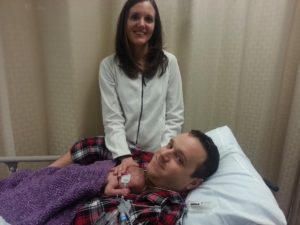